Balan's Bout is found in any Act 1 or 2 of a Chapter, it does not appear in any Act 3s or in any Boss Acts. The mode is activated when the player collects a golden hat resembling Balan's hat in an act. The player will then be taken to a mini-game where they play as Balan in a quick time event.

In the mini-game, you play as Balan flying in the sky, during the session, you'll have to align a still silhouette photo of Balan to what he is about to do. Your input is then ranked based on how accurate you were in doing so, and you contiune on doing more inputs all in one session until you have done enough depending on the Chapter. After playing, the golden hat becomes red and white, and the mini-game will become unplayable. Lance sometimes appears during Balan's Bout. You can not exit while in Balan's Bout, unlike other mini-games.

To replay a Balan's Bout, you'll have to defeat the boss of the Chapter, which in doing so restarts all Acts. When an Act is restarted, all the Drops, Tim Eggs, Tim Statue's/Heart Tree's Raindrop (excluding Act 3's where the Heart Tree will always give you a Raindrop upon completion,) and Balan's Bout opportunities are available again. Though, another way on how to restart the specific Chapter's Acts is unknown, but most likely impossible, as failing the boss battle does not do anything to the Acts.

Chapters 1-4 have at least one Balan's Bout in either Act 1 or 2, Chapters 5-8 has two, and Chapters 9-12 has three. The length of the Balan's Bout sessions also increase by each third Chapter, going from 4 inputs, to 5, and to 6.

Since Balan's Bout is a QTE (Quick Time Event) mini-game, fast reflexes are needed to perfect it.

If you make a mistake in Balan's Bout, you can quit the Balan Wonderworld game through your console/computer, although all items and costumes obtained while during the Act are lost unless saved beforehand, you can replay the Balan's Bout without having to defeat the Chapter's boss.

Note: This section of the article, Balan's Bout, needs help with the math involved in the ranking system. Remove this disclaimer when completed.

Each input is ranked on how accurate it is, input rankings are:

The hat will change coating depending on how well you've done at the end menu, it ranges from: 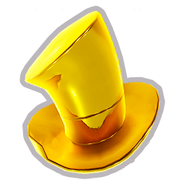 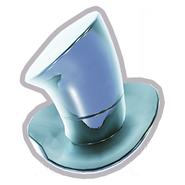 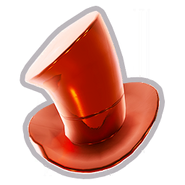 If done, Balan's Bout will add a multiplier onto the Drops you are currently holding. If you preformed perfectly, you will get a 200%x bonus.

If you performed perfectly in Balan's Bout, you obtain a Gold Balan Statue. If you make at least one "Great" or lower, you will not get the Statue.

The "Success" message is "You Did It" in the demo.